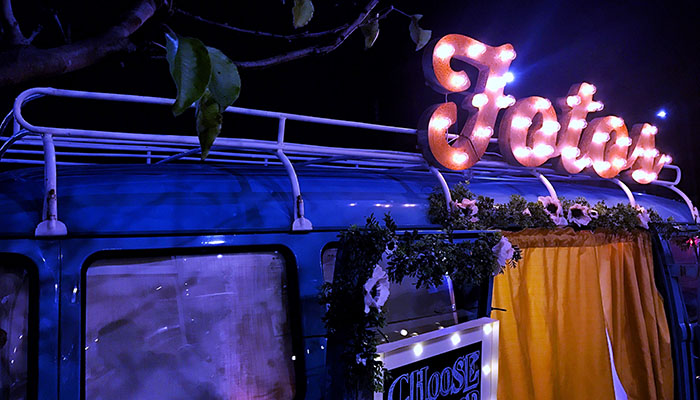 The woman on the TV show, Barter Kings, had to decide whether or not she was going to trade an army truck she had for a photo booth. The photo booth was only worth $3,500 and the truck was worth $9,000. You’d think it would be a no-brainer — who in their right mind would make that trade? Well, this woman did.

On the flip side, if she had the photo booth she could rent it for weddings and make $500 per instance. She had 10-20 weddings each month, so she could conceivably make an additional $5,000-10,000 per month with the photo booth. So, it was a good trade for her. She could make up the price difference in a month. And every rental after that would be gravy.

What does a photo booth have to do with websites?

This got me thinking about websites. I’ve been in business 18 years and the competition just gets fiercer every day. More hosting companies are offering do-it-yourself website builderss. Cheap designers on Craig’s List will build one for $500.

We like to think these websites will match the quality design and thoughtful planning of one done by someone with years of experience. It’s in our nature to want to win the lottery of sorts – get a great website AND pay only $500. I’m not saying it’s never been done in the history of mankind, but the odds are stacked against you.

Where you start is ROI: How much is a new customer or client worth to you? If we know a client has a lifetime value of $4,000, are you willing to gamble that your current website is good enough to convert a visitor into a lead? Are you willing to bet that a potential sale won’t take one look at your poorly designed website and not hit the back button?

I’ve found that the people who have invested a reasonable amount of money for a professionally designed website have made up their money incredibly over the years. And the ones who went the cheap route lost a lot of potential sales.

Several years ago I talked to Bill about designing a new website for his company. His main business was selling trailers but had an idea for building out a complementary business doing laser cutting of metal. He spent $30,000 on a new piece of equipment for doing the laser cutting so he didn’t have the money to move forward with a new website.

Cut to two years later: Bill contacted me again to talk about redesigning this site. He told me he was never able to find a market for the services of the laser machine and by then didn’t even have the machine any longer.

I think about all the sales he could have had if he had moved forward with a professionally designed website. His trailers sold for $5,000 and up. He could have been selling a dozen more trailers each year if he didn’t have such an amateurish website.

So, before you object too much on price, take a look how many sales you could get with a good website that will last for many years. The value of the site goes on and on.

A good website is not an expense — it is an investment in your company to grow your sales and service your customers.

So why is a professionally designed website so expensive?

Going to a professional means having someone design your site who has spent a lot of time and money to learn the skills to design something pleasing to the eye and moves people to action. These types of people charge more per hour.

You also will normally have a project manager with of years of experience and has worked on dozens and even hundreds of websites. They know what works and what doesn’t work. They aren’t making guesses.

And there is the web designer who will make sure the site functions correctly, loads quickly, and displays well on both computer screens and mobile devices. The $500 designer won’t do that.

If your company is not dependent on a good website, then a $500 might be the ticket for you. I’m not saying it’s always wrong to go the less spendy route.

But if a good chunk of your marketing revolves around your website, then have a conversation with a professional designer.